The tech industry is “disruptive”, — including but not limited to gentrification, wage gaps, environmental pollution and militarism. But it does not have to be that way. The Berlin Tech Workers Coalition is a grassroots organization that empowers tech workers to build collective power and get involved in campaigns that make a positive impact on our society.

The initial inspiration happened during a panel about New Tech Workers Movement that was held on 10 June, 2019 at Aquarium Am Südblock, featuring Logic Magazine co-founders Ben Tarnoff and Moira Weigel. Ben is a member of the Boston TWC chapter, and connected Berlin to the other chapters. You can watch the video or listen for audio of the panel. 10 days later we launched our first public meeting on 20 June, 2019. 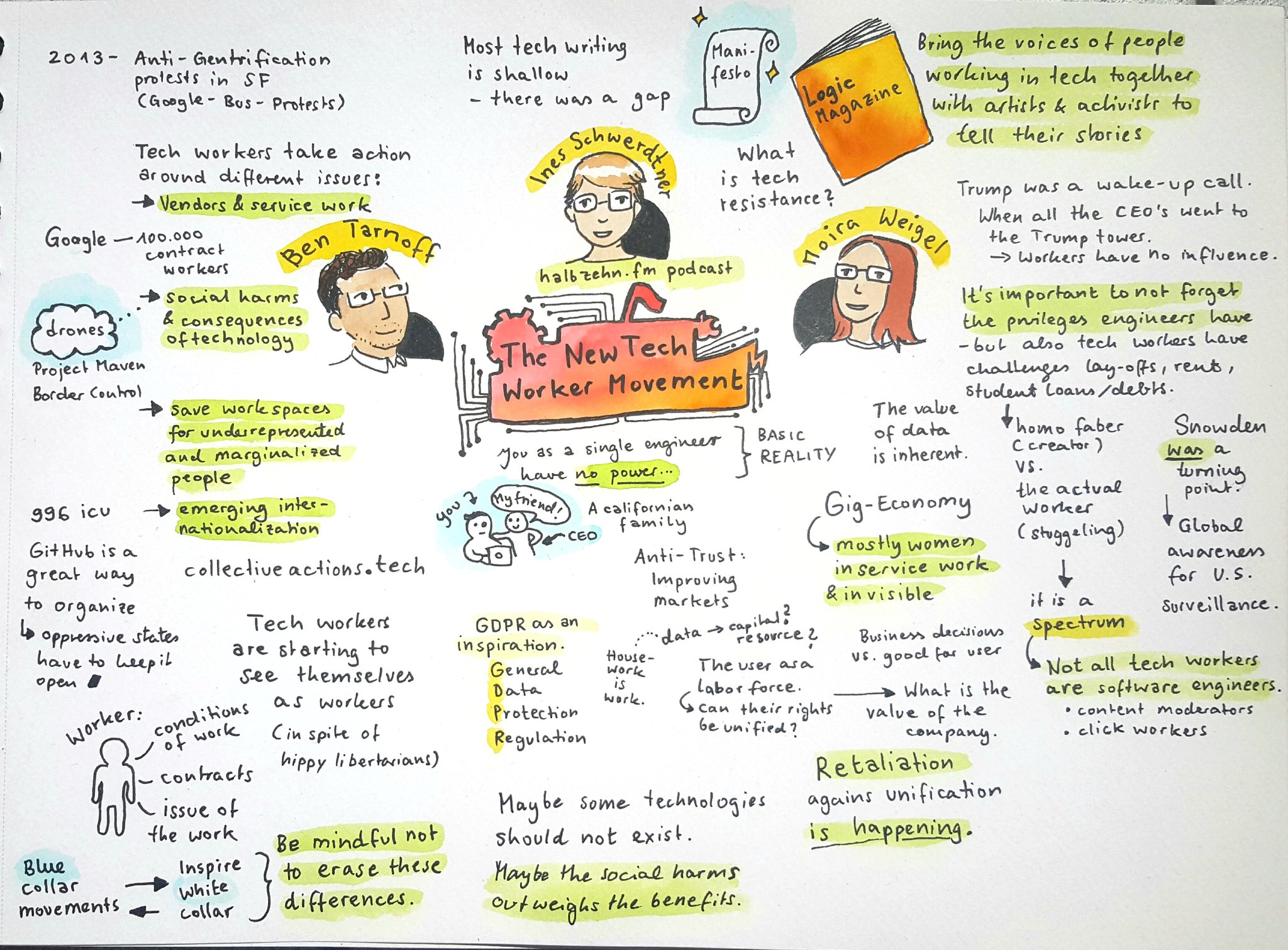 Reposted with permission from @Malweene